As planned, the sails were successfully removed over the weekend and are now safely on the ground ready for restoration. Thanks must go to Steve Temple of Impington Windmill, Andrew Kite of Downfield Windmill, brother Joe and family friend Richard for helping to achieve this. 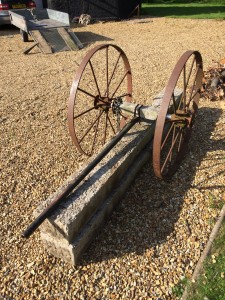 Saturday started off with sail number two in the lowest position – just a coincidence with regards to the first sail to come down. After rigging the Mill with climbing ropes, preparations to attach a pulley and start undoing the three large bolts that hold the sail on to the stock started. Although the bolts were stainless steel this still took a considerable amount of effort due to the timber in the sails and stocks requiring unwinding of each bolt completely. The sail was tethered to a ‘Tirfor’ winch using a strop wrapped around several sail bars, whilst the winch itself was held on the ground on a ‘timber bob’ with two railway sleepers attached to it to act as a counter balance for the sail. As the tension was taken up by the winch, the lowest bolt was removed and the sail was then free from the stock. Delicate winching and control ropes on each corner, assisted by a trailing pulley system then allowed the sail to be lowered to the ground. Prior to becoming horizontal, the previously fabricated trolley was attached to the bottom of the sail in order for ease of moving it once on the ground. The final stage was to disconnect the ropes and then move the sail to its resting position on the ground. It sounds simple but this process took several hours in total! 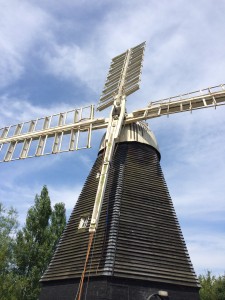 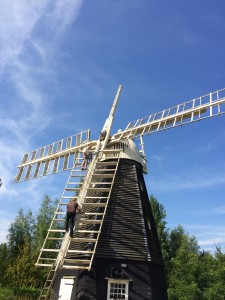 At this stage the sails are top heavy and so the winch was connected to the stock of the removed sail and used to allow the opposite sail to rotate to the lower position in a controlled manner before preparing the second sail in the same manner prior to removing it. By the end of Saturday both sails two and then one had been lowered to the ground.

Sunday entailed rotating sail four into the lowest position before following the same process of lowering and then lastly sail three, the last to come down. This process was a lot more efficient having been through the process a couple of times before! 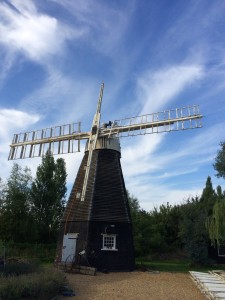 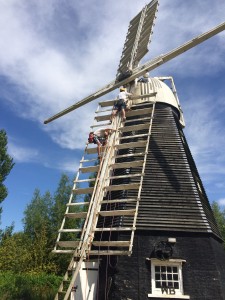 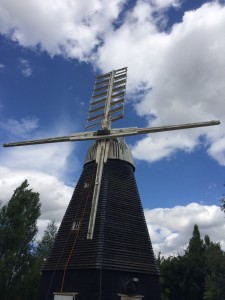 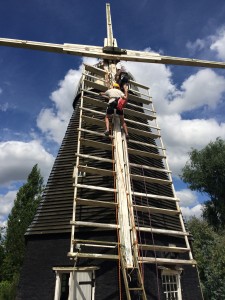 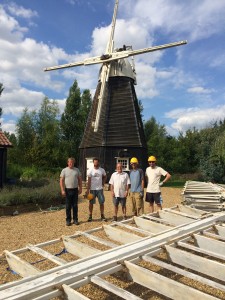 With all four sails on the ground it is clear that there is very little paint remaining and that had they been up much longer, they may not have been salvageable. As they are, the shutters will all need replacing, however the majority of each sail should be re-usable following a closer inspection of each.

The next step will be to remove the stocks and clamps!