The long overdue task of tarring the smock tower has begun. Initially the brick based has been pressure washed to remove any surface greenery and loose mortar and tar. Next the worst sections of brickwork were tarred using a brush filling all the cracks and crevices where mortar has fallen out or the bricks blown apart by weathering. 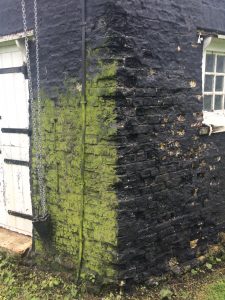 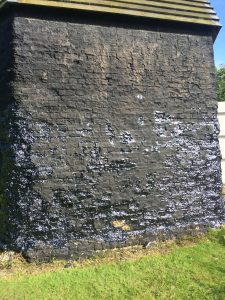 The tar being used is Koppers special pitch No. 5 which has come from the barrel used to tar Over mill and more recently Burwell mill.

Once the brushing was done, the flat faces were tarred using a 4-inch roller and completed in a day. About 16 litres of tar was used just for the brick base – a lot more than had been estimated and largely due to the greater surface area from all the crevices that needed covering. 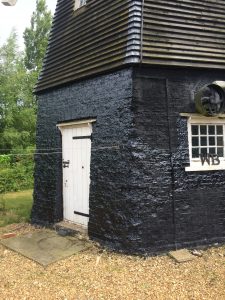 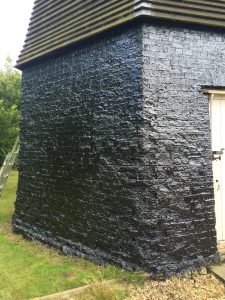 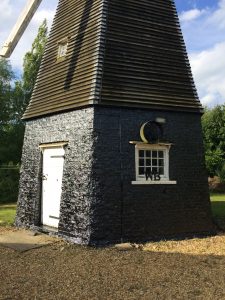 The next stage will be to tar the weather-boarding which will require ropes and ladders.